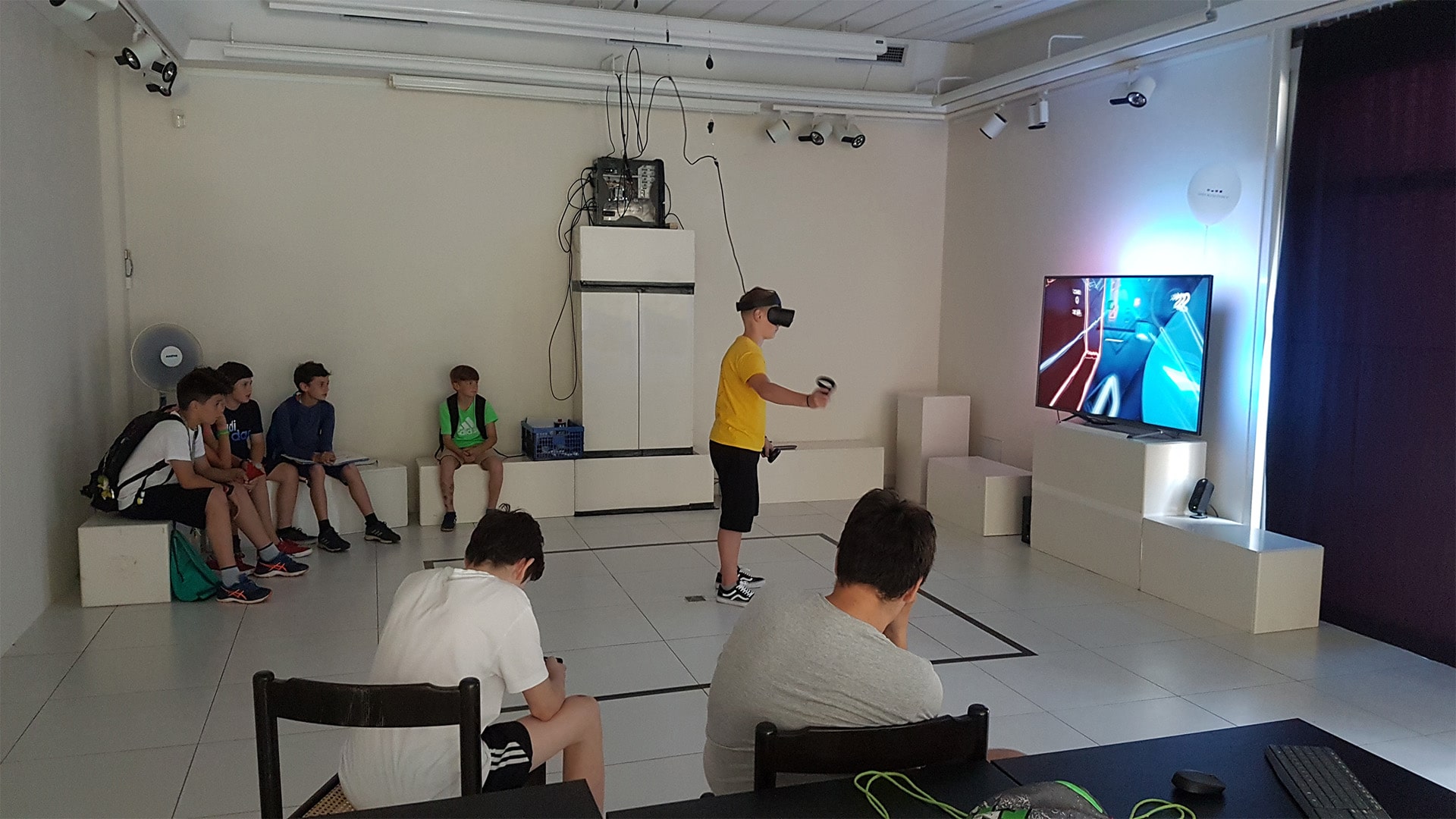 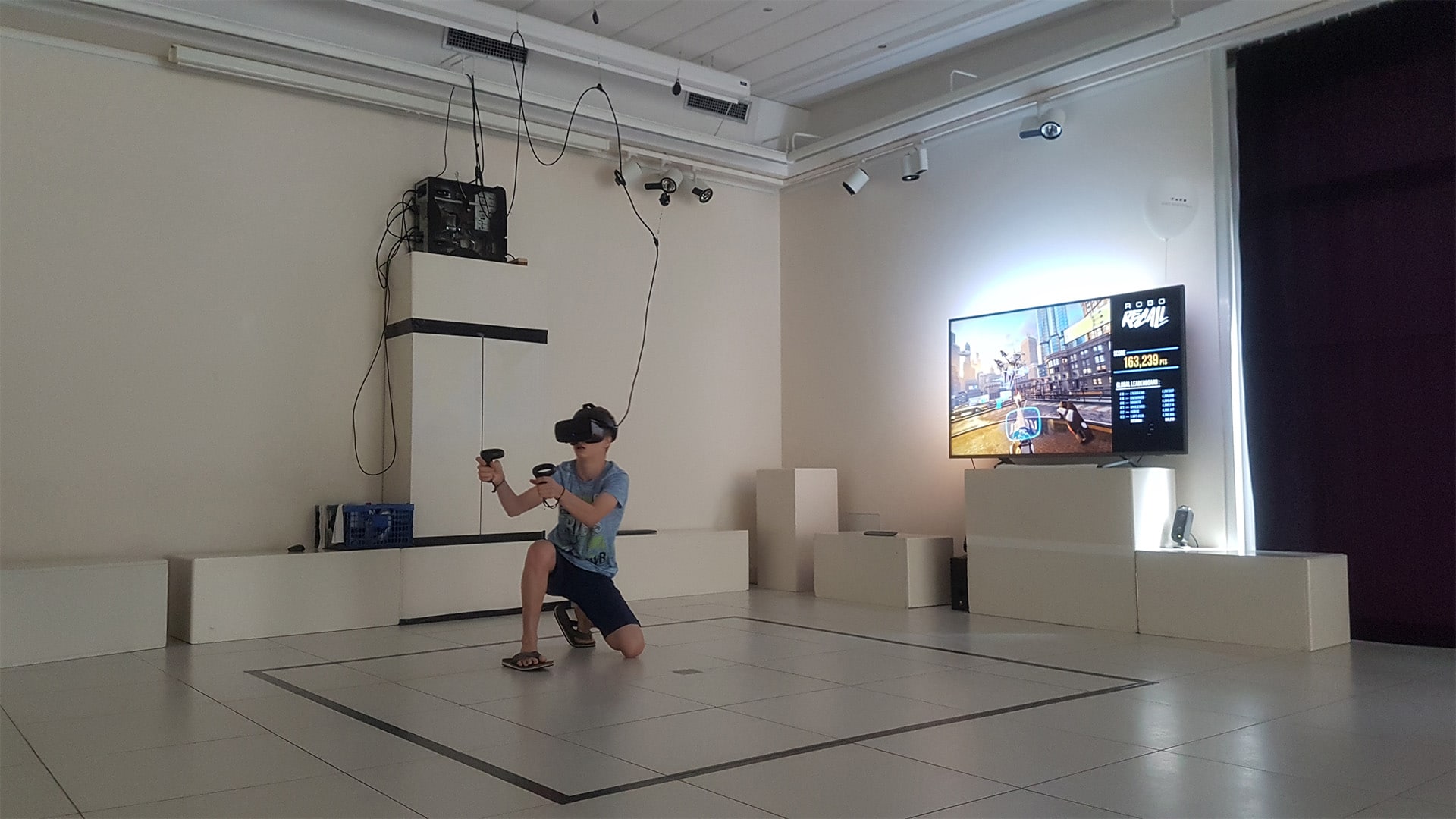 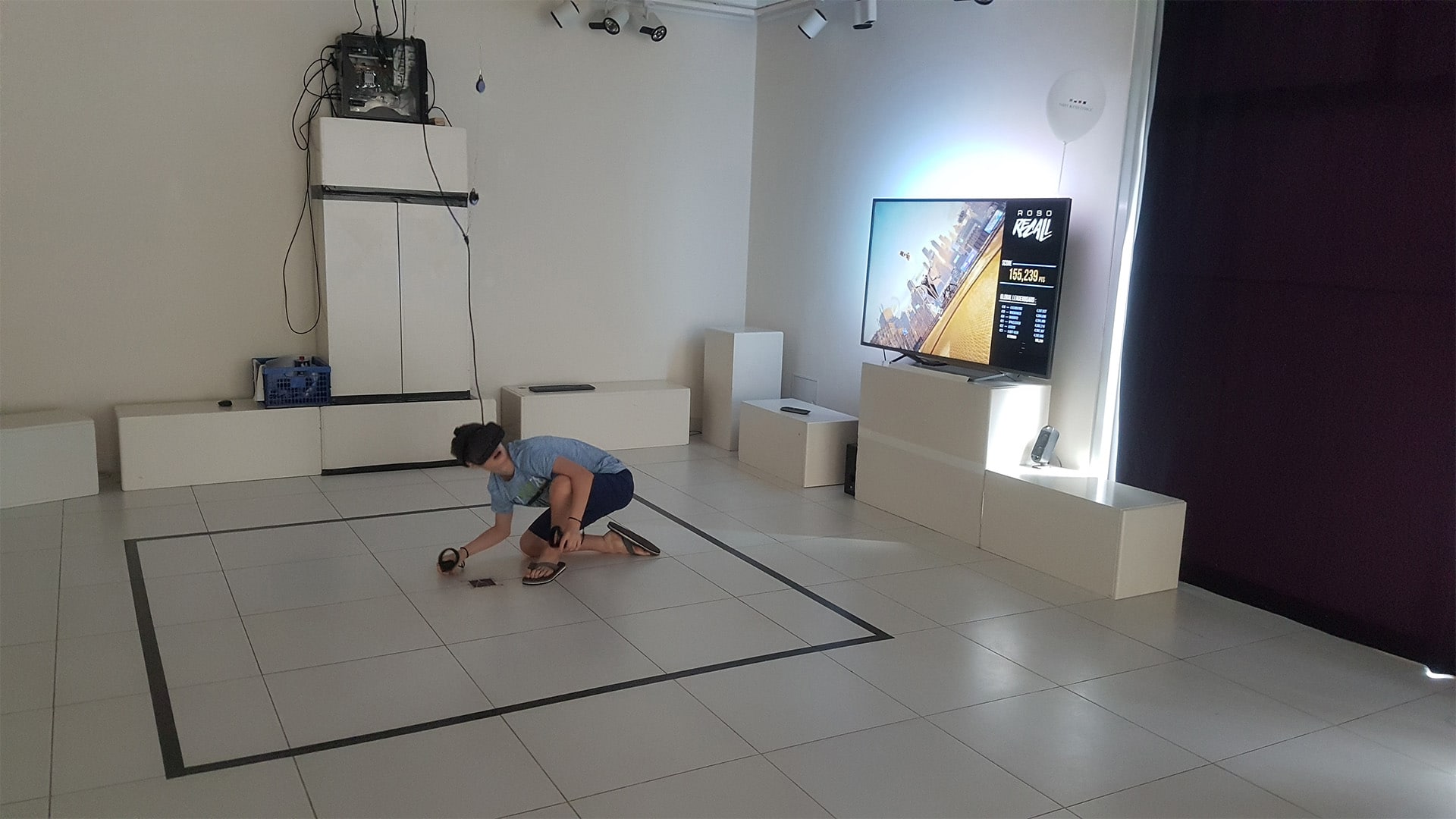 A week ago I purchased Oculus Rift S for the VR event in our public library. Everyone who has tried the headset was absolutely blown away by the VR experience. Super fun to watch the first move they make in the VR world. You know, the face expression, jaws falling to the floor 😀

I wanted to make the play space as comfortable as possible. Roomscale setup, of course. And as Oculus Rift S is still tethered to the PC, the cabled connection may limit the user’s freedom of movement. So I tried to find out the best ways to make the cables as least disturbing as possible.

So I found out that for the roomscale playspace I need to: 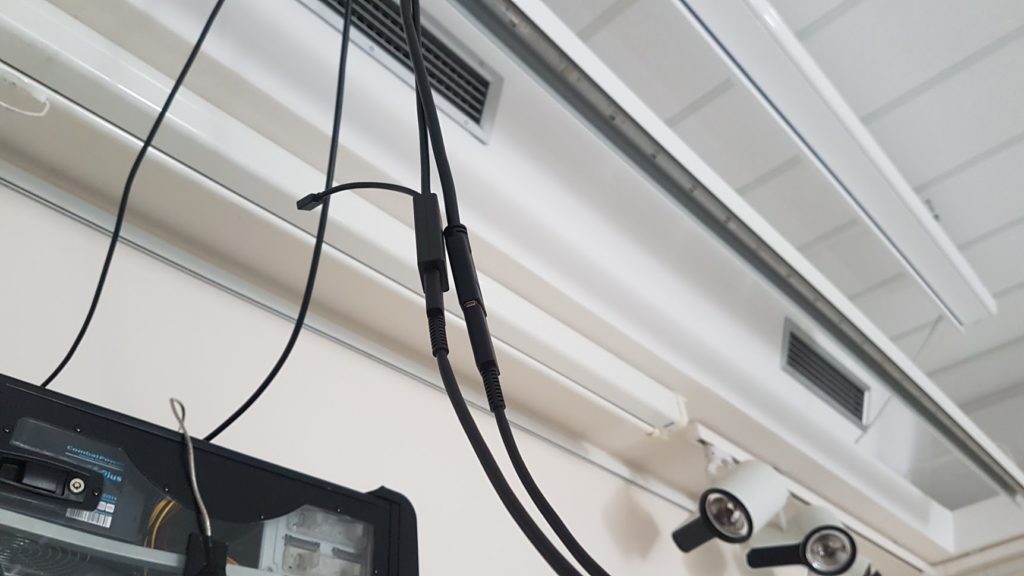 Previously I had Oculus Rift and for the roomscale experience, I needed to extend all three sensors' USB cables. As well as one USB and HDMI for the headset. Now Oculus Rift S uses inside-out tracking so there is no need for external sensors to be hooked up to the computer. So I only needed to extend one headset's USB and DisplayPort cable.

Oculus Rift S comes with 5 meters cable (1 meter longer than previous Oculus Rift). According to the DP cable limitation, it is not advisable to extend it for more than 3 meters. This is what I bought from Amazon and works without a problem:

The best solution I have found on the internet is by using a pulley system. So the cables are hanging down from the ceiling.

I used these from Amazon: VeeR VR Cable Management 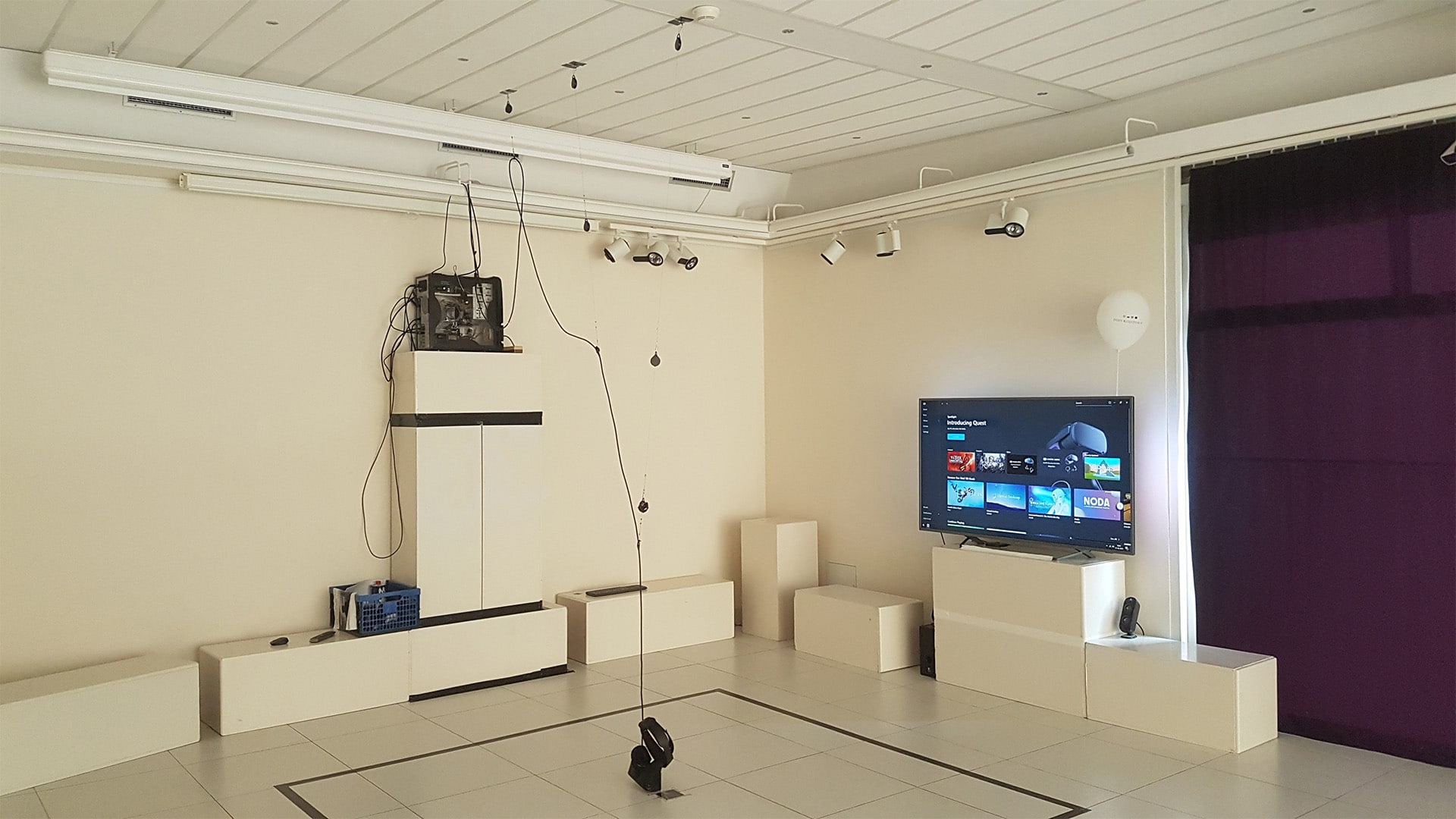 You can see on the photo on the left side of the white wooden pillars supporting the PC, there's still lots of cables available. So the PC could have easily been on the floor. I put it up there because the DisplayPort extension cable arrived a bit late, so I had to improvise a bit. 🙂

Oh, and the play area is 2,5 x 2,5 meters. I could easily enlarge it a bit more, as now with the Rift S the tracking does not rely on external sensors anymore.

I hope it helps, take care.