Home
Blog
Gaming
WoW
What is the difference between retail WoW and WoW Classic? What to choose as a newbie?

What is the difference between WoW Classic and the game’s retail version? This is a frequently asked question in the World of Warcraft community.

In a nutshell, World of Warcraft Classic is the game’s initial edition from almost two decades ago. Before any expansion. Well, sort of, as Blizzard released The Burning Crusade Classic on June 1, 2021, as TBC was one of the most popular, nostalgic even, expansion.

Vanilla WoW is a term that many players use to describe the initial version of World of Warcraft before any expansion was released when only the Eastern Kingdoms and Kalimdor were accessible in the game. You arrived in Azeroth before the Dark Portal was opened and before the Lich King was vanquished in Northrend.

On the other hand, retail WoW refers to the game and the current expansion we’re currently playing. At the time of writing, it’s Shadowlands.

If you weren’t there on day one or at least somewhere until the end of the first expansion, The Burning Crusade, and you’ve never played Vanilla WoW, you may be wondering why so many people want to play the original game again.

What is World of Warcraft Classic?

WoW Classic is an accurate reproduction of Vanilla WoW. At first, it was meant to be only the Vanilla without any expansions. However, Blizzard decided also to release the Classic version of the first expansion, The Burning Crusade. Therefore, you may choose between World of Warcraft Classic (or Vanilla Classic) and Burning Crusade Classic at the time of writing. 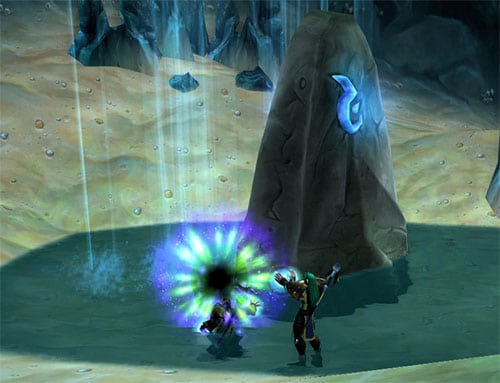 Things were a little harsher in the early days of World of Warcraft. For instance, There was no Dungeon Finder tool that automatically gathers a party for dungeons and raids. To start a dungeon or raid run in the vanilla World of Warcraft, you had to assemble a party on your own. We all remember spamming the main channel and yelling in the main cities of Stormwind and Orgrimmar, “LFG, LFM, LFR”, right? And at least two people were needed to travel to the summoning stone in front of the dungeon entrance to summon the rest of the party. These were times when Warlocks, with their Ritual of Summoning, were invaluable teammates. Also, In Vanilla WoW, if you didn’t have at least a few hours to spare, you couldn’t get anything done in the dungeons.

The quests and quest objectives also weren’t marked on the map. Instead, quests were designed to encourage you to follow the instructions in the quest log. For instance, if the quest was to “seek out the quest giver in a cave, north-east from the lake”, you should have gone there and searched for him. This way, many quests in your log could not be completed since there were no helpful dots on your mini-map.

There’s a quest tracker in retail WoW today, and using the mini-map in the upper right corner of your screen, you may see where the quest is located by clicking on the yellow dot. The same goes for the quest log.

Because there was no “cross-realm”, you could only communicate with other players on the same server. There was a strong feeling of attachment among the players, resulting in a strong community. 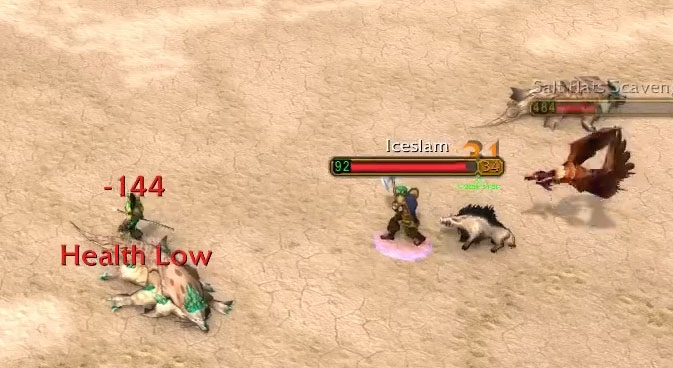 A lot of PvP fighting was taking place in Vanilla, especially open world PvP. While questing, the two factions — Horde and Alliance — met and fought, and massive raids on main faction leaders were frequent occurrences. Those were truly great moments.

In Azeroth, danger lurked everywhere. Although you could only go to the Eastern Kingdoms and Kalimdor, the game’s environment seemed larger. Also, not having a mount up until level 40, you were a slow-moving target for PvP ganks. And mobs pursuing you made things much more challenging to be barefoot as even a bunch of murlocs may be rather intimidating if pulled wrongly.

As mentioned, the game was more difficult back then, and learning and leveling up professions was essential for you making gold. You also required professions to make armor and weapons. For instance, Engineers may save money on ammunition as they craft their own, making Engineering an excellent profession for Hunters.

In Vanilla, you should know your class well to be competitive. Some races and class combinations were better than others in specific situations. You couldn’t succeed if you didn’t take the time to carefully choose the talents in the three talent trees, master your skills and spell rotations, and wear the proper gear. 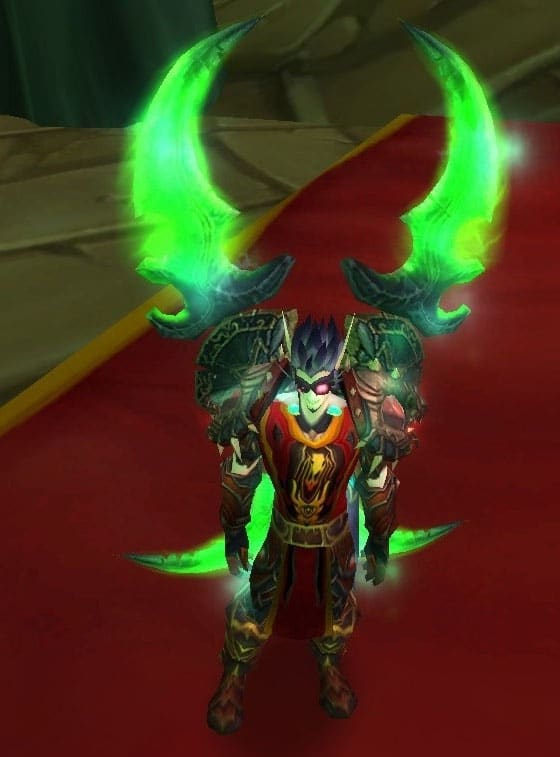 Like in real life, the game’s pace was significantly slower than today’s retail’s. It took weeks or months to level up, and you could tell a player had put in a lot of effort while showing off with impressive-looking tier armor gear. Because there was no transmogrification, and it was easy to identify who had the best gear.

There is tramsog in retail WoW today. Meaning you can customize the look of your armor, resulting in you never knowing other players’ gears without inspecting them.

Vanilla World of Warcraft was beloved by players for the camaraderie it offered. Because Azeroth was dangerous, players had to learn to depend on one other. The enjoyment of the game would have been diminished had players not worked together to complete quests, help gear up one another, and such.

What is retail WoW?

Instant Gratification as a “Modern” Approach

World of Warcraft has been immensely “modernized”, having a more up-to-date gaming approach. Nowadays, the vast majority of gamers are looking for immediate rewards. Therefore, Blizzard has made drastic changes to the whole World of Warcraft experience to stay up with the times. 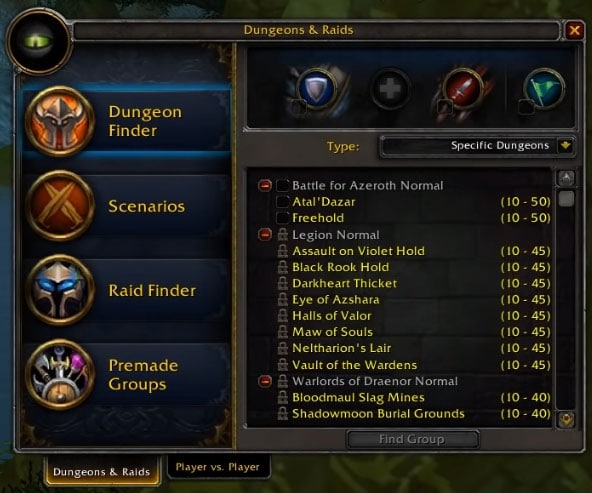 Many new features were added, such as the Dungeon and Raid Finder, cross-realm raiding, flying, and many more. Of course, not all of these features are necessarily a terrible concept. Flying mounts, for example, is an excellent method to travel in a vast game environment that has become over the years and expansions. However, many new features ruined the traditional WoW experience, especially for veteran players.

Also, almost the whole world is instanced. This means you could be standing in some area, let’s say in front of the Orgrimmar’s entrance, and you may not see the same environment details and players as someone else. And because of the cross-realm concept, you could see players from other servers as well. Cross-realm may not be bad at first glance, as Blizzard somehow balanced the player count and Alliance/Horde ratio in the game by clustering the servers together. In Vanilla, some servers were, for example, very low populated, some were just full of one faction, and so on.

But with this approach, they somehow ruined the bonding among players. Unfortunately for us, WoW vets, retail WoW puts a greater focus on speed and efficiency instead of building long-term connections and a strong community. For the first time, a player may travel across the whole game territory in a matter of minutes rather than hours. And you may level up from level 1 to max level without ever interacting with any other player.

Professions have been rendered obsolete. Although there are certain advantages to having some professions leveled up, the professions are generally not as important as they were in Vanilla. For example, for non-healer classes, you may wish to craft or buy potions, while for raiders, you may want to build or buy a feast. But apart from that, retail WoW doesn’t need such a high level of expertise in general.

The way quests are all marked on the map differs significantly between World of Warcraft Classic and World of Warcraft retail. Even if you only glance over the quest log here and there, you’ll have a good idea of where you’re heading. And it isn’t necessary to complete any of the group quests. Also, the entire quest chains were reworked as part of the Cataclysm expansion.

The visuals in Retail WoW are fantastic. In every expansion, Blizzard improved this aspect of the game: more detailed textures, better particle effects, better 3D models, Ray Tracing (you must have a GPU that supports this feature), and such. Throughout the years, all of the visual upgrades have screamed for a strong gaming pc for WoW to really enjoy all the eye candy. Or, if you prefer playing World of Warcraft on a laptop, you should consider having one of the best laptops for WoW. 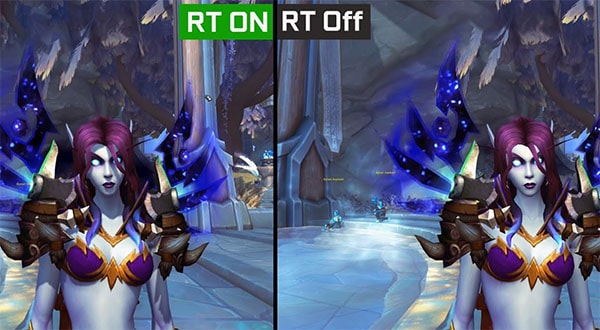 Is WoW Classic better than retail?

So what is the difference between WoW Classic and the retail version? If you were to start playing today and have never been into World of Warcraft before, which version should you start playing? It all depends on the player, to be honest. Some players desire a more old-school grind-ish experience with strong social bonding among players.

On the other hand, due to the fast pace of life today, retail WoW is ideal, as it is designed to follow the gaming trends.

At the end of the day, trying it out is the only way to know whether WoW Classic or retail version suits you. Unfortunately, it’s impossible to determine which kind of gameplay a player will like since everyone has preferences. It’s not everyone’s notion of fun to get lost questing. Not everyone wants to get ganked wandering the world. It’s entirely up to you to pick what kind of gaming experience you want. However, if you go for the Classic version, I advise you to go with The Burning Crusade Classic as most people play this day. Honestly, TBC was the best expansion by a lot! Now it’s a great chance to experience it. 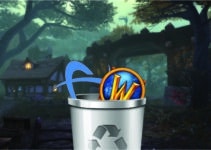 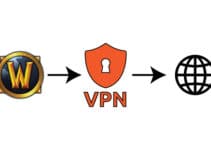 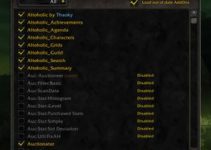 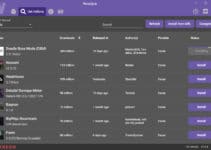 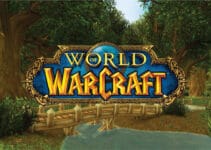 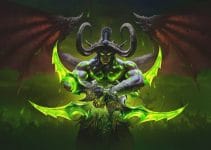