Home
World of Warcraft
As an Amazon Associate, I earn a small commission from your purchase through links on this site at no additional cost. It helps to support my work and keeping this website alive. Thanks, I’m truly grateful!Blaz

This whole section of my website is about one of the best MMORPGs of all times, World of Warcraft. I'm a big fan of this online game, playing it since 2007 when the first expansion the Burning Crusade was released. Like many other students at that time, I first played WoW on some private servers. But soon I realized to be able to fully experience the game I should play it on official servers. Of course, it comes with a price, free to play is only from level 1 to 20. So I decided to sacrifice a few beers per month for an original World of Warcraft subscription, I downloaded the game and had become one of my hobbies ever since.

At the time of writing the last expansion is Battle for Azeroth, which I like it a lot. Previous Legion was crap IMO.

I browse the internet a lot, I'm active on lots of online forums, read wikis, etc. So I decided to compile all the info to make the game as much enjoyable as possible. For instance which is the best addon for earning gold, best addon for questing and leveling. Also, I covered all the peripherals, for instance, which is the best mouse for WoW or the best keyboard to play World of Warcraft. And many other goodies. 🙂 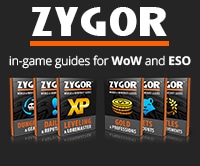