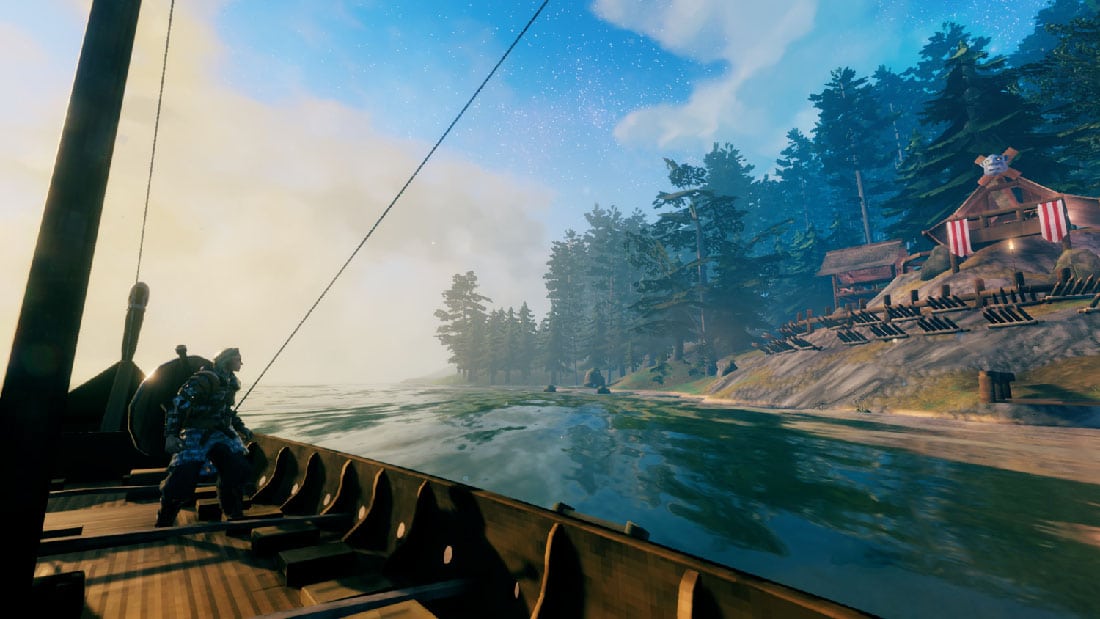 One of the most common subjects among gaming communities in recent days is Valheim. A role-playing adventure survival game developed by Iron Gate Studio and published by Coffee Stain Publishing. It was released on 2nd of February 2021, and it soon blew Grand Theft Auto 5 off the charts on Steam. And what’s so remarkable about the game that everyone is so crazy about it?

If you feel Valheim runs a bit sluggish, you may consider buying a new gaming machine. If you prefer gaming on a laptop, you are welcome to check our list of the best gaming laptops for Valheim .

In the game, you try to survive in the times of Viking. The game’s main objective is to explore a procedurally generated environment, make the necessary tools and weapons, build shelters, search for food, and such. At the same time, you must defend yourself against the attacks of various monsters. The focus is mainly on PvE (Players VS Environment), playing in single or online co-op modes up to 10 players. However, Valheim also allows the PvP mode, where you fight against other players. If you are defeated, you move to the bed, losing all the acquired weapons and other aids.

As mentioned, the most fun game mode is for sure co-op multiplayer, where you can form a clan with up to ten players and make it more fun to explore the surroundings, grow food, make weapons and, of course, and improve your chances of survival.

Just one week after the release, Valheim reached more than 340,000 concurrent players. For comparison, it took PUBG almost four months and CS: GO nearly two and a half years to get to this number. By far, it’s the most significant number of players that any survival game to date has ever achieved. Valheim also reached the top 5 most played titles on Steam and maintained 96% of positive ratings. Almost 30,000 reviews have been written so far. Just days after its release, Valheim sold a million copies and became the fourth most played and best-selling game on Steam.

The game is still in Early Access, but honestly, number talks, and it’s no doubt a new gaming sensation worth thoroughly following the further development.

Valheim is currently available on the Steam platform for Windows and Linux users.